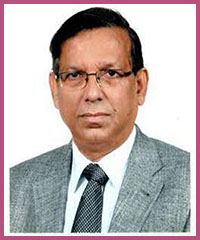 Anisul Huq was born on 30 March 1956 to Advocate Serajul Huq, a reputed lawyer and former Member of Parliament, and Mrs. Jahanara Huq. Advocate Serajul Huq was a founding member of the Awami Muslim League and was a close associate and confidant of Bangabandhu Sheikh Mujibur Rahman. Advocate Serajul Huq was a prominent organiser of the Bangladesh Liberation war in 1971 and was one of the first person to cross over to India to seek assistance from the Indian Government against the genocide committed by the Pakistani Army. The late Mr. Serajul Huq was a legendary lawyer of the Supreme Court of Bangladesh and in 1973 was appointed the chief prosecutor for the crimes perpetrated during the 1971 war. Subsequently in 1996 he was appointed the chief prosecutor in the Bangabandhu murder case and in the jail killing case where four leaders of the country was brutally killed in the Dhaka Central Jail in 1975.  Mrs. Jahanara Huq is a distinguished freedom fighter and a former educationist.

On his father’s death, Anisul Huq became the Chief Special Prosecutor for both the Bangabandhu Murder Case and the Jail Killing case. It was under his counsel that Bangabandhu Murder case was finally completed and a judgment was delivered by the apex court of this country. Anisul Huq was also the Chief Counsel and Special Prosecutor for the Anti-Corruption Commission, Bangladesh. Anisul Huq was also the Chief Prosecutor for the Peelkhana Carnage Case which relates to the mutiny of the Bangladesh Rifles in 2009. This case was also completed successfully under his leadership.

The late Advocate Serajul Huq and his son Anisul Huq, both Senior Advocates of the Supreme Court of Bangladesh, acted as counsel for most of the important, leading and sensitive criminal cases of the country during the 1980-2014 period.

Anisul Huq was married to Nur Amtullah Rina Huq on 18 December 1987 and became a widower on 2 January 1991.